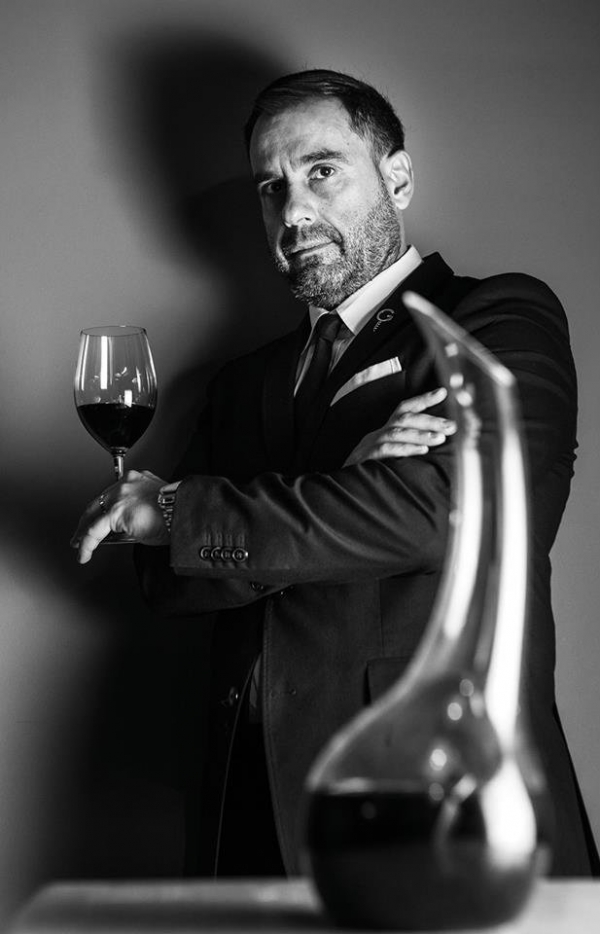 George Loukas has established the company «Genius in Gastronomy» in 2010 where he conducts seminars, training courses and consultancy services about wines, beers and spirits.

He is writing articles for various magazines as a columnist  and he is the Wine Manager in the importing and trading company DEALS S.A. since 1998.

He was nominated 1st Best Greek Sommelier in 2002.

He is often taking part as a member of jury in International wine competitions.

and famous hotels & resorts around all Greece.

Lately he is collaborating with some of them as a consultant and he is coaching candidates for National and International Competitions.

From 2019 to 2022 he was officially the coach of the National Sommelier Team. It was him a member A.S.I. Didactic Committee from July 2017 until December 2020. He has the title of Riedel (Wine Glass Company) Ambassador.

You can find out more about which cookies we are using or switch them off in settings.

This website uses cookies so that we can provide you with the best user experience possible. Cookie information is stored in your browser and performs functions such as recognising you when you return to our website and helping our team to understand which sections of the website you find most interesting and useful.

Strictly Necessary Cookie should be enabled at all times so that we can save your preferences for cookie settings.

If you disable this cookie, we will not be able to save your preferences. This means that every time you visit this website you will need to enable or disable cookies again.