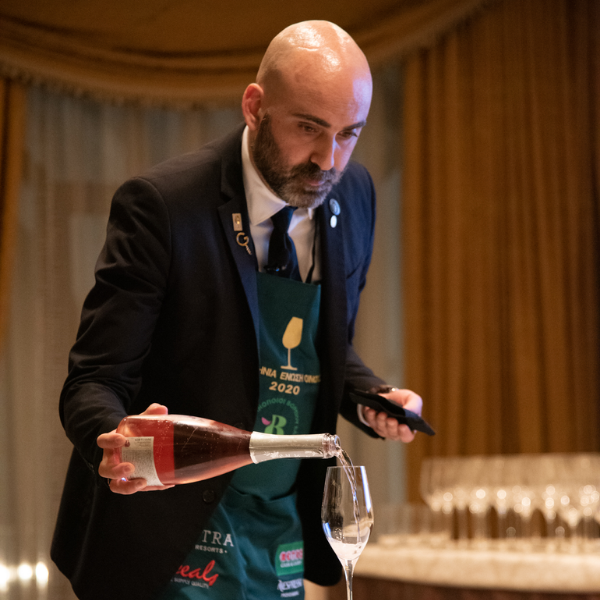 Eleftherios Hanialidis began his career in the gastronomy industry in 2001 and has worked for many years as a head sommelier but also as a consultant in restaurants, wine bars and wine retail stores. He is a Certified Sommelier by Genius In Gastronomy, he has obtained the A.S.I. Diploma (Gold Pin) and the Advanced Sommelier Certificate of the Court of Master Sommeliers. His first time competing in back in 2017, he managed to take 3rd place in the best sommelier of Greece competition, thus gaining the award of Best First Appearing Sommelier of Greece, and in 2020 he managed to win the title of the Best Sommelier of Greece. Since 2019, he has been a member of the board of directors of the Greek Sommelier Association, a columnist for Oinoxoos magazine of Kathimerini newspaper and a Star Wine List ambassador for Greece. Throughout his career, he has been a judge for several prestigious wine competitions and is constantly expanding his knowledge and skills concerning not only wine, but also sake, spirits and beers, as he is preparing for the Master Sommelier examination.

You can find out more about which cookies we are using or switch them off in settings.

This website uses cookies so that we can provide you with the best user experience possible. Cookie information is stored in your browser and performs functions such as recognising you when you return to our website and helping our team to understand which sections of the website you find most interesting and useful.

Strictly Necessary Cookie should be enabled at all times so that we can save your preferences for cookie settings.

If you disable this cookie, we will not be able to save your preferences. This means that every time you visit this website you will need to enable or disable cookies again.